It's well-regarded as the best fantasy series, by nearly everyone except the now legion of haters who including the list author are incensed that Martin has not released the next damn book yet. Martin's books have been at the top of this list for years, and despite his delayed release of the 6th book The Winds of Winter , his works still stand out as some of the best in the genre.

If you haven't read Martin just yet I'm speaking to the three of you out there who have not , you owe it to yourself to read this series. Like now.

Martin writes with flair, deftly weaving multiple storylines in a gritty, even brutal, world that consists entirely of gray characters instead of the classic black and white. Martin's world is a vast chess game spanning continents, and the pieces are lords, bastards, knights, wizards, ladies, and children. What really stands out in this series is Martin's penchant for axing the major characters. That's right -- no character is safe from the author's noose. Despite the demise of major characters, the plot lines continue stronger than ever.

Tired of protagonists walking through fire without a scratch, falling hundreds of feet without a bruise, and defeating superhuman creatures with the same amount of effort that one puts into scratching an arm? Then this series is your fix. The sheer unpredictability of the series renders it a delectable experience. Dare you to predict the winners and losers?

Dirty stories from the bar

If you haven't read the series yet, read it! Chances are, you're going to be calling in sick the next day so you can keep reading. It's that good. There's been a lot of controversy about the quality of Martin's work as a whole, mainly due to the disappointing Feast for Crows and disappointing-yet-again Dance with Dragons. The complaints mainly have to do with the plot not moving along as quickly as everyone would like, Martin still introducing NEW major characters 5 books in and, of course, the grinding length of time it's taking Martin to complete new books we now average 5 years between each book release.

Despite the past few hiccups I remain optimistic book 6 will right all wrongs done the past two books , Martin still remains a master storyteller with sharp prose and a fascinating world that's gripped millions of readers -- and continues to grip them both with the stellar HBO TV series and the books. When the man can inspire such obsessive hate and also fanatical adoration in fans, you know there is something special about the series. Martin's work will still yet remain at the top of the list, because I feel that despite the letdown of the last two books, his story is so magnificently grand that it remains some of the best works out there to showcase what fantasy can truly be.

You can't argue how impact Martin has been on the Fantasy genre as a whole; if Tolkien helped shape of fantasy. Martin has left an equally indelible mark.

I don't think you need me to tell you the HBO adaption of A Game of Thrones is like awesomely amazing and continues to break new boundaries and set new records for high quality TV productions. As of season 5, the TV show no longer follows the plot so both TV series and novels are now independent stories. But don't skimp out on the books just because you've seen the TV series -- there's a lot in the books missing from the TV series, even before the plots diverged in Season 5. If you haven't yet read Martin though, don't hesitate. Don't think. Just do it. It's seriously compelling and you'll shortly find out why the world has gone mad for Martin.

Kvothe: Wizard, Villain, Warrior, Slave. Hero and villain of a thousand tales. But behind a legend, there is the simple story of a boy, a woman, and a world that will never be the same In one of the most remarkable fantasy debuts ever, Patrick Rothfuss joins the celebrated ranks of Martin, Erikson, and Tolkien as one of the master tale-spinners of our generation. 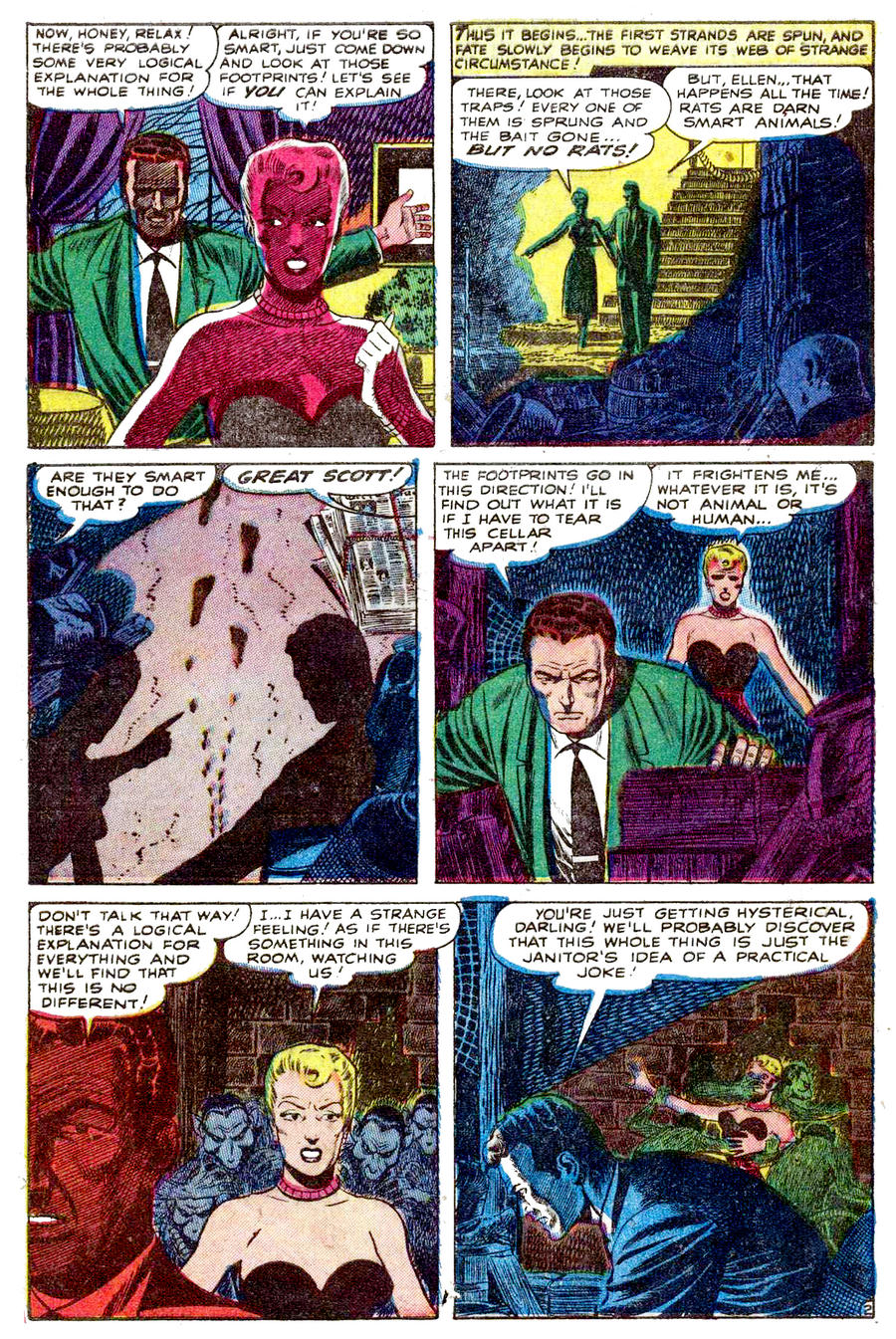 The biography of the legend, The Name of the Wind delves deep into the inner workings of Kvothe, a boy who dares to challenge destiny. The Name of the Wind is Patrick Rothfuss's debut novel, but oh what a powerful debut it was! This is one tale you do not want to miss. I've read a lot of fantasy books in my time, but rarely have I relished a novel as much as I have this one. It's coming of age tale and a quest fantasy; it doesn't do anything that hasn't been done already by other writers, but it just puts everything together so precisely and perfectly.

And the writing, oh the writing, is gorgeous. In , where does The Name of the Wind stand among the elite reads of the genre? Still very strong, I feel, even with the standout fantasy being released every year. The competition is strong indeed, but The Name of the Wind still packs quite a punch on the genre. It takes over half the book for something to happen, but the latter half of the book ends on a very strong note. So while many have mixed feelings about the book, Rothfuss still gives us a very strong tale that carries the torch.

The Name of the Wind is a frame story with the implication the whole thing is one grand tragedy -- we've only seen the edges so far but for those who read a bit deeper into the story than the surface there's a lot more to be revealed. The complaints people have regarding the sequel book, I think, can easily be explained away if you look at the story as a whole.

Kvothe is an unreliable narrator anyone who has read A Book of the New Sun will know what I'm talking about and his grand exploits could in fact be -- probably are -- grand embellishments of a storyteller and bard. So think deeply before you pick up that pitchfork and write off Rothfuss and his story, the man knows exactly what he's doing with his tale. It's brilliant, it's wonderfully written, and it inspires something deep inside you when you read. This is what fantasy should strive to be. And despite the second book in the series may have disappointed some readers, the first book still stands out as a beacon of what fantasy should strive to be at it's best.

The First Law Universe. The Blade Itself features reluctant heroes, black humor, and breathtaking action. Seemingly a novel of contrasts, The Blade Itself is defined by its cast: a philosophical Barbarian who hates to kill, a dashing hero afraid to fight, and a crippled torturer with a heart of gold.

The twisted plot and cast of unforgettable characters makes The Blade Itself an absolute must-read. The other two books are equally enthralling, and there is no dip in the "quality" of the series. This is one of the best trilogies in the fantasy genre. Joe Abercrombie just keeps on getting better and better with every book.

The Blade Itself is a rousing entrance to into the fantasy genre and book one of the First Law trilogy. Joe Abercrombie takes all the classic fantasy conventions and spins them into something new. This is a subversion of epic fantasy brought to a whole new level. Strong, witty writing, dry humor, twisted plotting, and full of contrasting elements, this new style makes for some intelligent reading. In this new world of noir Fantasy, shades of gray are the new black and white. As of , we take for granted the style of books grimdark that are what they have become in many parts due to the vast influence Abercrombie and his breakout trilogy has had on the genre.

While credit can't be only laid at the feet of Abercrombie as his work was built on the backs of giants of the genre Glen Cook, Michael Moorcock, George Martin, Tolkien , but his First Law books really helped shaped the now-standard tropes that define modern fantasy. The grand irony here is that The First Law helped subvert many of the Tolkienized tropes that defined the fantasy genre for decades, yet a decade after The Blade Itself was published, Lawerence's work has itself become a sort of fantasy trope, with his style of subversive antihero and gritty world common fantasy staples.

Since The Blade Itself was published, Abercrombie has gone on to produce even better books. Yet, this trilogy story was his debut novel and the one that made him a big hitter in the genre and his most defining work. And it's also the 'gateway novel 'into his larger 'First Law' universe. Because the quality of the Abercrombie's writing has only been getting better and better over the years, I've kept Abercrombie very high on this list.

He's is still one of the top fantasy authors writing in the genre.

Abercrombie's books are not necessarily for everyone, as his books have a very sarcastic tone, characters are morally ambiguous and sometimes do bad, bad things for good reasons or just good things for bad reasons , and he doesn't necessarily write "epic" fantasy outside of the first trilogy, which was a subversion of epic fantasy , but it's a fantasy that's just so damn wildly entertaining you can't but fall in love with it. With a Martin-esque plot and Jim Butcher pace, The Axe and the Throne is a definite "must read" for even the pickiest fantasy fans.

In his stunning debut, Ireman has built the type of world so vivid and engrossing that leaving it at the end is agony. In spite of leaning toward grimdark, where authors often enshroud every scene in depressing darkness, there is no lack of cheerful moments or brilliant scenery. Yet the pangs of near-instant nostalgia that come after you put down a book like this have less to do with the inspired setting, and far more to do with those who inhabit it. From savage, unremorseful heroes, to deep, introspective villains, the cast of this story is comprised of believable characters capable of unthinkable actions.

And it is these characters -- the ones you wish you could share a drink with or end up wanting to kill -- that forge the connection between fantasy and reality. Keethro, Titon, Ethel, Annora. These are names you will never forget, and each belongs to a man or woman as unique as they are memorable.

No book would be complete without a its fair share of intrigue, however, and there is no lack of it here. Each chapter leaves you wanting more, and Ireman's masterful use of misdirection leads to an abundance of "oh shit" moments. Do not be fooled or do -- perhaps that's part of the fun by storylines that may appear trope-ish at first.

This is no fairytale. 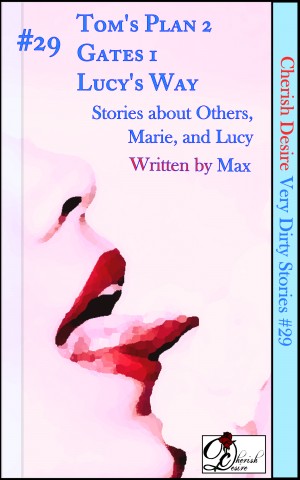